Ahead of taking the chair position for the 2019 IOC Council of Members meeting, Egypt's Agriculture Minister pledges more cooperation and investment in the country's already substantial olive sector.
By DANIEL DAWSO 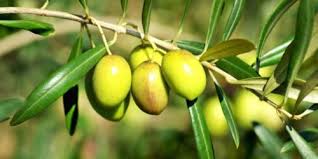 Egypt plans to be the world’s top table olive producer by the end of the next decade, according to the country’s Minister of Agriculture and Land Reclamation.

Egypt has a plan to increase the production and cultivation of olives in desert lands.- Ezz el-Din Abu Steit, Minister of Agriculture and Land Reclamation

Ezz el-Din Abu Steit made that statement in Madrid last month after completing bilateral meetings with his Spanish counterpart, Luis Planas on the sidelines of the International Olive Council’s (IOC) annual meeting.

The two reportedly discussed increasing cooperation between Spain and Egypt in olive cultivation, as well as on other agricultural projects.

Egypt is currently the world’s second largest producer of table olives after Spain. According to the most recent figures made available by the IOC, Egypt produced 450,000 tons of table olives in the 2018/19 crop year. Spain produced a world-record 613,000 tons.

While this was a record year for Spain, Egypt’s table olive yield dropped by about 100,000 tons, from their record high 2016/17 yield.

However, Egypt’s table olive production continues to trend upward. The average of the past three harvests, 500,000 tons, is higher than any previous year and this trend is likely to continue.

Abu Steit said that Egypt plans to plant about 100 million new olive trees by 2020 in a bid to meet this goal. He has invited Planas to come and tour the country’s olive groves as well, hoping to excite the Spanish agricultural minister about the potential for investment.

“Abu Steit invited Planas to visit Egypt and get acquainted with its potentials to promote the cultivation of olives,” a statement on the Egyptian Ministry of Agriculture and Land Reclamation’s official website said.

“For his part, the Spanish minister welcomed the invitation and called for outlining a memorandum of understanding to boost cooperation in the agricultural field.”

There has been no public mention about what might be agreed to in the memorandum of understanding.

While in Madrid, Abu Steit also met with Tunisia’s Agriculture Minister, Samir Taieb, in order to discuss increasing cooperation between the two countries. During the 2018/19 crop year Tunisia produced 25,000 tons of table olives.

“Abu Steit probed with [Taieb] means of fostering cooperation between the two countries’ private sectors in olive oil production, in addition to exchanging experience in the research area,” the statement said.

Some of the research that two countries will likely share is how to deal with the increasing strains caused by climate change. According to predictive models from climate scientists, North Africa will continue to become hotter and drier over time, especially if the Earth’s carbon emissions are not curtailed in time.

The region’s desertification will also likely be a topic of conversation in April when Egypt hosts the next meeting of the IOC. The Egyptian government has already begun investing in new irrigation systems for olive groves that are being planted in the country’s western desert.

“Egypt has a plan to increase the production and cultivation of olives in desert lands,” Abu Steit said before leaving Madrid.

The hope is that by growing olive trees here, the Egyptian government can stop the spread of desertification in the Nile River Delta.