A study completed at the University of Jaén has identified the benefits that a compound found in both olives and olive oil may have on an aggressve type of breast cancer. 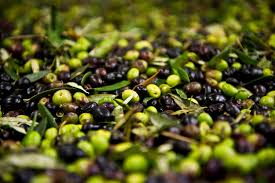 A chemical found in both olives and extra virgin olive oil may be useful as an alternative therapy for the prevention of triple-negative breast cancer, according to research conducted by Spain’s University of Jaén.

Our findings highlight the importance of the chemopreventive compound hydroxytyrosol as a novel candidate to be investigated as an alternative targeted therapy for triple-negative breast cancer.- Marina Cruz-Lozano and Adrián González-González, co-authors of the study

The researchers have confirmed the chemopreventive properties that hydroxytyrosol might have in the treatment of this disease.

Hydroxytyrosol is a type of phenolic phytochemical with antioxidant properties and is considered one of the most powerful natural antioxidants. Its oxygen radical absorbing capacity value is one of the highest found in plants.

Hydroxytyrosol naturally occurs in olive plants and is mostly found in its leaves, extra virgin olive oils and table olives, in the form of elenolic acid ester oleuperin.

Triple-negative breast cancer is a very aggressive type of breast cancer characterized by a low survival rate, a high proliferation and heterogeneity of cancer cells and a high metastatic probability. It represents approximately 10 to 20 percent of all breast cancers.

The study, whose findings were recently published in the European Journal of Nutrition, was done to determine the impact of hydroxytyrosol on the breast cancer stem cells responsible for the reappearance of tumor metastasis.

Various in-vitro triple-negative breast cancer cell lines were used for the research, which reported for the first time the inhibitory role of hydroxytyrosol on breast cancer stem cells and tumor cell migration, through the alteration of epithelial-to-mesenchymal transition and embryonic signaling pathways.

The findings revealed that hydroxytyrosol acts directly upon breast cancer stem cells, reducing their number and aggressiveness as well as inhibiting their capacity to multiply.

“Our findings highlight the importance of the chemopreventive compound hydroxytyrosol as a novel candidate to be investigated as an alternative targeted therapy for triple-negative breast cancer.”

The study was conducted by researchers from the University of Jaén’s Hospital Unit for the Clinical Management of Medical Oncology with the support of Granada’s Center of Genomics and Oncology Research.

Since 2015 this research group, led by Dr Sergio Granados, has been working on the search for biomarkers related to the appearance of metastasis, tumor reappearance and resistance to therapeutical treatment using stem cells as the axis of investigations.

The group believes that these pursuits might help design new specific and personalized treatments, mainly for triple-negative breast cancer patients. In 2015 the group succeeded in inhibiting gen ATF4, which contributes to metastasis.

The research findings on hydroxytyrosol are the basis of a clinical trial currently being conducted at the Houston Methodist Hospital, which studies the effects that this compound has on the prevention of breast cancer in high-risk patients. Additionally, they serve as as foundation for testing hydroxytyrosol in xenographic animal models derived from triple-negative breast cancer patients.